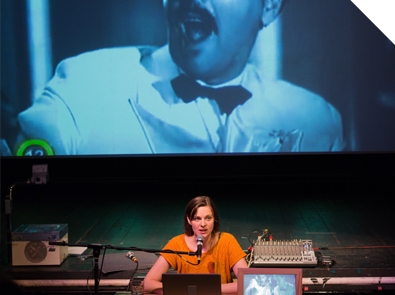 At the centre of Deborah Pearson’s show is a Soviet-sponsored sports comedy. Released in the 1950s, it became tied to a political uprising that made a mark on world history. Using the film as material, Pearson creates a live documentary onstage. Her words form a counterpoint to the movie, fusing the political, the historical and the achingly personal. Riveting, haunting and ultimately inspiring, this performance has toured to ten countries on three continents.

A House on Fire commission with Culture Europe, co-produced by Theatre Garonne (France) and bit teatergarasjen (Norway).  History History History was developed in part at the National Theatre Studio.  With outside eye work by Tania El Khoury and Laura Dannequin and dramaturgy by Daniel Kitson.

"A roving and inventive presentation."

"This is the best show I have seen at the PuSh Festival in years, one which performs alchemy—creating a new magical art form out of ordinary materials." - Geist Magazine, Vancouver

Named one of the 10 best shows of 2017 by Publico, Portugal's national newspaper 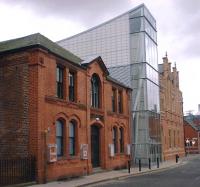